C++ was developed by Danish computer scientist Bjarne Stroustrup at Bell Labs since 1979 as an extension of the C language.C++ is an object-oriented programming language.C++ is a cross-platform language that can be used to create high-performance applications and it is the one of the mist popular programming languges.it can be found in today's operating systems, Graphical User Interfaces, and embedded systems.C++ is a MUST for students and working professionals to become a great Software Engineer. C++ provides rich library support in the form of Standard Template Library (STL). 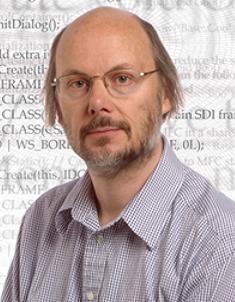 It is necessary to understand some of the concepts used extensively in object-oriented programming.These include:

In C++, Object is a real world entity, for example, chair, car, pen, mobile, laptop etc. In other words, object is an entity that has state and behavior. Here, state means data and behavior means functionality. Object is a runtime entity, it is created at runtime.

The main purpose of C++ programming is to add object orientation to the C programming language and classes are the central feature of C++ that supports object-oriented programming and are often called user-defined types. A class is used to specify the form of an object and it combines data representation and methods for manipulating that data into one neat package. The data and functions within a class are called members of the class.

When you define a class, you define a blueprint for a data type. This doesn't actually define any data, but it does define what the class name means, that is, what an object of the class will consist of and what operations can be performed on such an object. A class definition starts with the keyword class followed by the class name; and the class body, enclosed by a pair of curly braces. A class definition must be followed either by a semicolon or a list of declarations

Data abstraction is the reduction of a particular body of data to a simplified representation of the whole. Abstraction, in general, is the process of taking away or removing characteristics from something in order to reduce it to a set of essential characteristics.

Encapsulation is an Object Oriented Programming concept that binds together the data and functions that manipulate the data, and that keeps both safe from outside interference and misuse. Data encapsulation led to the important OOP concept of data hiding. Data encapsulation is a mechanism of bundling the data, and the functions that use them and data abstraction is a mechanism of exposing only the interfaces and hiding the implementation details from the user.

The capability of a class to derive properties and characteristics from another class is called Inheritance. Inheritance is one of the most important feature of Object Oriented Programming.

Polymorphism. Polymorphism means "many forms", and it occurs when we have many classes that are related to each other by inheritance. Like we specified in the previous chapter; Inheritance lets us inherit attributes and methods from another class. Polymorphism uses those methods to perform different tasks.

C++ has virtual functions to support this. Message Passing: Objects communicate with one another by sending and receiving information to each other. A message for an object is a request for execution of a procedure and therefore will invoke a function in the receiving object that generates the desired results.